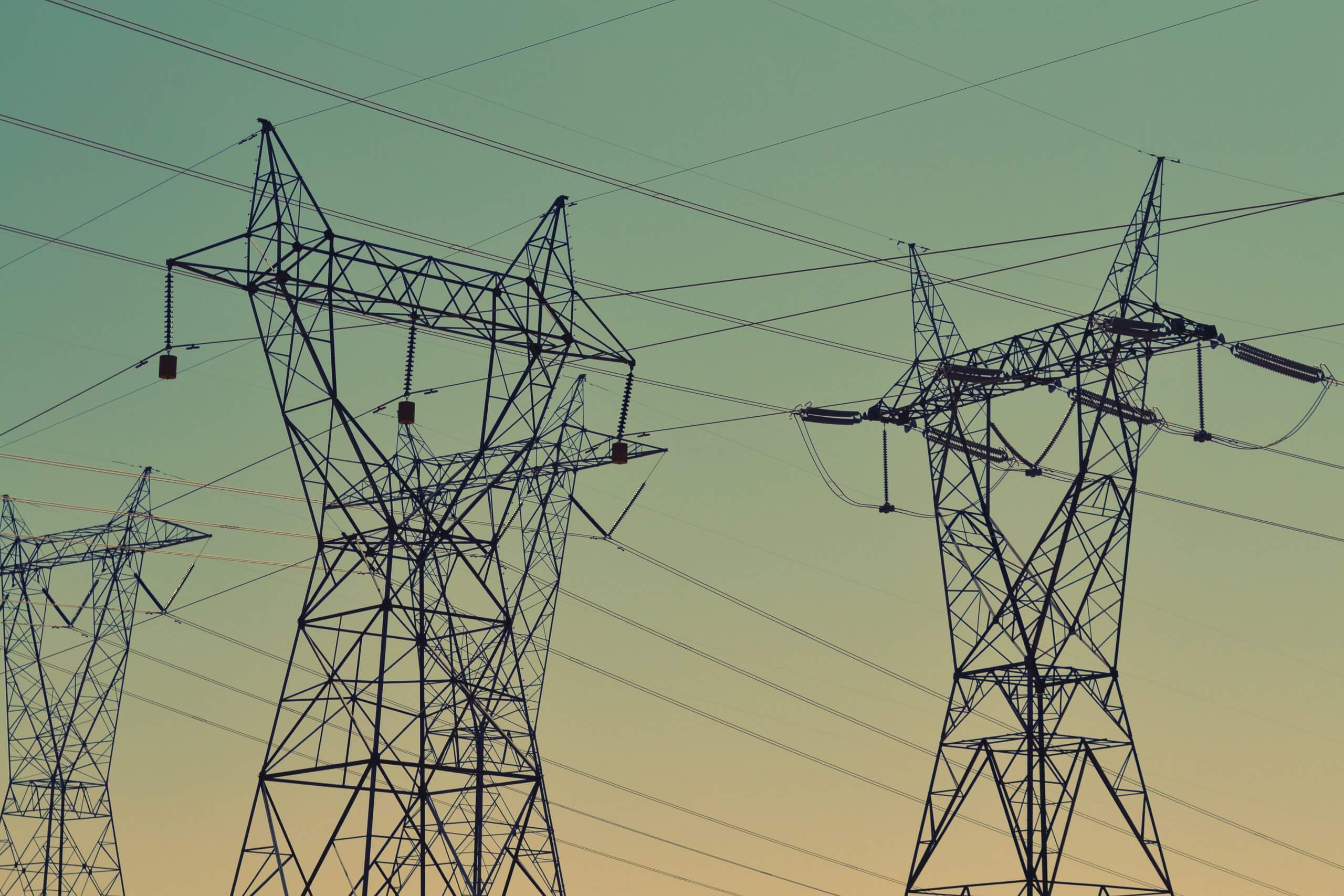 One of the latest regional reports of the Economic Commission for Latin America and the Caribbean (CEPAL in spanish) highlighted the expansion of electric power coverage in the region, which had an access deficit of 10.96% in 2000, which was drastically reduced to 2.85% in 2018.  Today, only 18.1 million still lag behind the system. Progress in this area has led the CELAC to project the universalization of the electricity system in urban areas by 2030. And it is not only enough to generate and distribute sufficient energy, but also to ensure that it is produced in an environmentally sustainable manner.

The need to implement cleaner energy matrices sets a necessary transition on the agenda, to which was added the geopolitical factor following the Russian invasion of Ukraine, which raised the prices of all energy inputs, seriously altering regional energy transformation projects.

In this context, we consider necessary to analyze the energy context of Brazil, Mexico, Colombia and Argentina, where Agora Public Affairs & Strategic Communications works, in order to recognize, in this climate of uncertainty, where the agendas of our countries are headed.

The local private sector is making two big bets to lead the country’s energy transformation: the promotion of investments in the production of biofuels and the execution of ambitious projects for the production of unconventional natural gas. The latter are located in “Vaca Muerta” in the center-west of the country, and in the “Austral” Basin, which comprises the provinces of Santa Cruz and Tierra del Fuego in the south of the country.

Biofuels, on the other hand, are gaining much more ground in the countryside, and have a more community-based protagonism, based on SMEs born around the agro-industrial sector. In the last few years, the sector has gained an enormous export capacity. Only the first half of 2021, biodiesel shipments abroad totaled 578,500 tons, an increase of 116% compared to the first half of 2020. Although this comparison should be taken with caution, by June 2021 the industry had already surpassed last year’s entire turnover.

WHAT IS THE ENERGY MATRIX IN ARGENTINA AND WHERE IS IT HEADED?

The rate of electricity consumption from renewable sources is expected to exceed 15% in 2022, according to official estimates. Within the framework of COP26, the Argentine delegation put all its interest in investments that would generate energy for export. For example, the Australian company Fortescue Future Industries agreed with the State an investment of 8,400 million dollars to start up in 2030 an export pole of green hydrogen, with a production capacity of 2.2 million tons per year, presented as a source of jobs and genuine foreign exchange for the country.

In February of this year, when Russia started its military operations over Ukraine, Compressed Natural Gas (CNG) prices skyrocketed, generating a critical situation for the government’s energy projections. With a critical level of reserves and a projected energy deficit this year, the Argentine treasury does not have the capacity to import the CNG needed to sustain domestic demand in the winter. The Secretary of Energy himself made the situation public, acknowledging that the country only had funds to import 21% of the gas needed. The same happens in the fossil fuel market, where the treasury would not be able to cover the domestic demand for diesel oil, 30% of which is made up by imports.

Although an energy agreement with Bolivia reversed this year’s projected energy shortage, the country seems to be approaching a turning point in terms of the reforms needed to lead the country towards a new energy matrix.

Bill 414/21 elevates the debate regarding all electricity consumers, regardless of the load or voltage used, being able to freely choose from whom to purchase energy. Today this is restricted to large consumers, such as industries and commercial centers. Small and medium consumers have to buy from the supplier serving their area. The measure, proponents argue, expands competition in the sector and contributes to the reduction of the electricity bill and the country would be in a better position to deal with the current energy crisis. Their critics argue that it will introduce a new additional cost, adding the retail agent, who will act as an intermediary between the consumer and the generator.

The debate on energy efficiency in the country also touches on another important point: fuels. In this sense, the electrification of vehicles and the use of biofuels such as sugarcane ethanol, which could offer a more efficient supply chain in Brazil, are being promoted.

WHAT IS THE ENERGY MATRIX IN BRASIL AND WHERE IS IT HEADED?

One of the country’s biggest challenges is in the transport sector, which uses mainly fossil fuels, because of the size of the country and its dependence on road transport.  Given this, one of the initiatives is to encourage the use of biofuels.

In addition, the Future Fuel program is being developed, which proposes measures to increase the use of sustainable fuels, integrating public policies focused on reducing the average carbon of the fuel matrix.

The energy transition involves many economic sectors adapting to a carbon-neutral economy. Adnan Z. Amin, general director of the International Renewable Energy Agency, states that the combustion of one kilogram of hydrogen generates three times more energy than that of one kilogram of gasoline.  In this regard, hydrogen represents a fundamental element that would allow the decarbonization of the mobility, electricity generation and industry sectors.

However, private companies have already began to contribute to the energy transition, through the Carbon Neutrality alliance, where 100 companies seek to combat Climate Change.

WHAT IS THE ENERGY MATRIX IN COLOMBIA AND WHERE IS IT HEADED?

According to the Ministry of Mines and Energy, the value is expected to be around 12% of the total, in order to achieve “carbon neutrality” by 2050. However, according to the IDB, Colombia has one of the cleanest energy matrixes in the world, since 68% of energy comes from water resources, which it classifies as a type of renewable energy. Likewise, the implementation of the transition implies moving from 1% of Non-Conventional Renewable Energy Sources in the energy matrix. By seeking a cleaner energy matrix, Colombia would be very attractive to foreign investors, which would increase development and competitiveness.

WHAT IS THE ENERGY MATRIX IN MEXICO AND WHERE IS IT HEADED?

Since the 2013 energy reform, the country maintains ownership over hydrocarbons and exercises planning and control of the national electricity system. From this, the participation of private companies in the energy sector brought significant investment; for example, data from the Ministry of Economy indicate that in the first three years of the implementation of the reform (2015-2018), more than 9.5 billion dollars of foreign investment was received in the electric energy segment.

For its part, in the hydrocarbons sector, according to the association representing hydrocarbon companies in Mexico (AMEXHI in spanish), in exploration and extraction projects, private companies have invested almost 18 billion dollars between 2015 and 2021 and there are 42 billion dollars in plans approved by the National Hydrocarbons Commission (CNH).

For their part, farmouts were generated to share financial, technological and geological risks; and to complement their operating capacities, with the objective of stabilizing and increasing their production gradually. Regarding clean energy production, between the first quarter of 2017 and the first quarter of 2021, clean energy generation grew by 55.1%. In turn, between 2018 and 2021, the share of renewable energies in the energy matrix increased from 21% to 27.5%, reducing those that make use of fossil fuels by 5.7%.

It is worth insisting that, if the constitutional reform in electricity matters had been approved by Congress last April, it would generate an impact on the country’s economic spheres. However, the reason for the large proportions in all costs and impacts of the decision to reconfigure the rules of the energy market will continue and, therefore, private investments in the energy sector will eventually come to a halt.