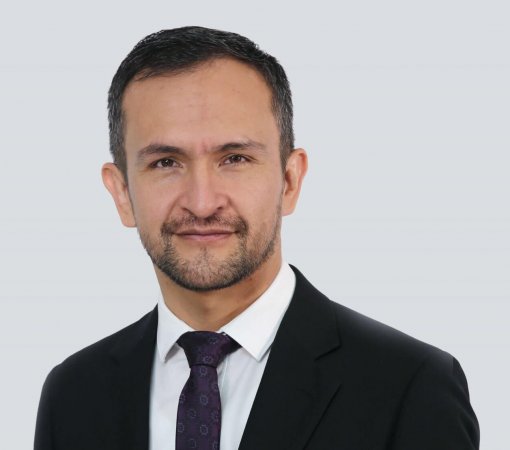 Ómar is an expert in business reputation, corporate relations and crisis management with extensive experience in different sectors: finance, government, aeronautics, the media and education.

He worked for six years as Head of Internal and External Communications for the Grupo Bancolombia where he developed and implemented 360 degree reputation and crisis management strategies, positioning the bank as a leader in the region (Colombia, Panama, El Salvador and Guatemala).

His main achievements include meeting the challenge of making the financial entity the company with the best reputation in Colombia according to the MERCO Monitor of Business Reputation and the best valued company to work with according to the MERCO People Monitor. He also helped to make the bank renowned as the most sustainable bank throughout the continent according to the Dow Jones Sustainability Index by developing and continuously updating the Business Management and Responsibility Report across seven editions (2011-2018).

Previously, he worked as Communications Advisor for the Office of the General Secretary of the Mayor of Bogotá and Director of the In House Communications Agency, taught at the Javeriana and Sergio Arboleda universities and worked in different media such as Caracol TV and Casa Editorial El Tiempo – City TV – among others. In Brazil (Rio de Janeiro) he has worked for different media such as the El Comercio de Ecuador newspaper and Gatopardo magazine, both in 2005 while in 2004 in Spain (Madrid) he was a part of the television department at the EFE Agency.

Ómar has a degree in Social Communications-Advertising from the Pontificia Universidad Javeriana, and specialized in Managing Global Markets at the Escuela de Ingeniería de Antioquia. He has received a grant from the Ministry of Foreign Affairs to travel to Spain via the Fundación Carolina, and won the Simón Bolívar National Prize for Journalism in 2006.